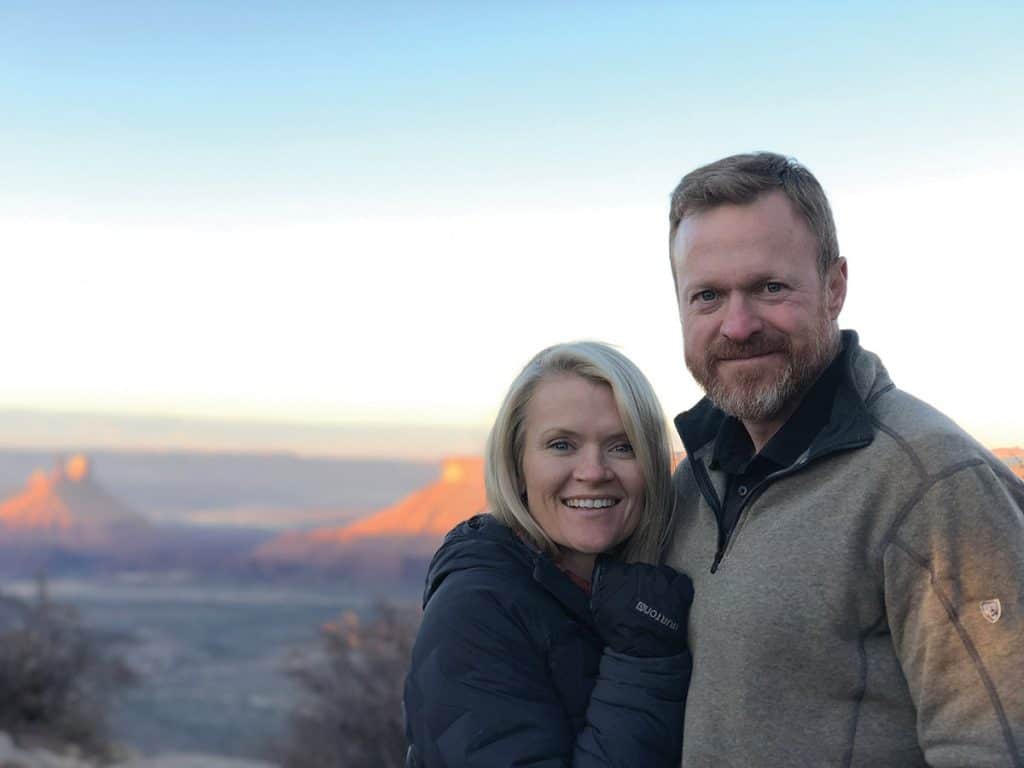 Find out how Marc and Tricia Leach started

In May of 2016, Marc and Tricia Leach, along with their three children, hit the road for a six month, cross country tour. Within minutes of their adventure beginning, they experienced their first snag … the dreaded flat tire.

If you’ve ever searched YouTube to learn about full-time RV living, odds are you’ve come across their channel, Keep Your Daydream. That six month tour turned into a three and a half year adventure and they’ve built up quite the following along the way. Over 240,000 subscribers tune in every Sunday to see what KYD is up to. They’ve also established the “KYD Insiders”, one of the best and strongest online communities.

There are a lot of people who jump into an RV and grab a camera with the hopes of having YouTube success, but that is not what Marc and Tricia set out to do. They simply wanted to document their journey and be able to share it with friends and family back home.

In 2015, Marc and Tricia had hopes of traveling the seas with their kids, but quickly learned a reliable internet connection for work wasn’t possible. Like most parents, they also had some concerns about removing their kids from school. Especially when their oldest daughter was in high school at the time. To their surprise, after a short family sailing trip, their daughter was okay with leaving high school and excited to spend time on the road. Tricia couldn’t get home fast enough to start planning the RV trip.

After looking at the flaws in their sailing plan and nitpicking the exact RV they would need in order for it to work, they found themselves in a trap. This exact dream wasn’t anywhere close to reality, and after years went by, they realized the only reason they are not living their dream was a result of not compromising and doing what was possible right now.

“We spent about a decade talking about our dream and it evolved many times, but we really started picking up steam about two years before we left when we started to make changes to the business.” Tricia said.

That’s when they realized it was time to unwrap the dream and really figure out what was at the core. The main goal was to spend time together as a family. You only get eighteen summers with your kids, and they were down to their last two before the kids started off for college. “If we don’t do something now that door is closing.” Tricia said.

That’s when they got serious. “What if we made some compromises in our dream. What if it didn’t look like “A” and we made it look like “Z”, but we could actually obtain it now.” said Tricia. “So we had to start small, start now. What could we pull with the truck we have now, what could we live on with what we have now. We started making some real shifts and changes and that’s when life started going really fast.” In May of 2015, they started working hard on shifting their business to run remotely and settled on a starting travel date of May 28, 2016. Marc owns a consulting business and had to start transitioning face-to-face meetings with clients to virtual meetings. “The rut we were stuck in is like so many entrepreneurs. We wanted to create a business and then someday you could sell it or have some sort of exit, or someday you retire, or someday you make enough money to do your dream.” Marc said. They were done putting off their dream for someday.

The next hurdle was making sure this was something the kids really wanted to do. Tricia admits to somewhat tricking the kids at first by using some good old parenting, “do you want peas or do you want carrots?” Rather than asking if they want to eat vegetables at all. The kids were involved in the decision making, choosing between options the parents were comfortable with.

They also sold it as a six month trip, after which the family would evaluate together and see if they wanted to continue. They asked the kids where they want to go. Their oldest wanted to visit New York, and their middle son wanted to go to the Lumberjack Festival in Hayward, Wisconsin.

The family had already moved into a rental home a few years before, so all that was left was downsizing their possessions and putting some items in storage. With work figured out, the kids are on board, and a trailer they could pull with the truck they already owned, they hit the road.

Marc & Tricia had zero experience pulling an RV. When I asked Marc if they had any prior experience, on a scale of 1-10, he rated it less than zero. So they too did what many people do, looked to YouTube to learn. In 2015 there were not a lot of RVers documenting their lifestyle.

The desire to start a channel came from a place of wanting to share their experiences from day one, including that initial flat tire. They wanted to be honest and show the mistakes they made along the way. Recently, Marc had to do the most epic walk of shame down a highway to grab a
sewer hose that got away.

If you’ve never seen their videos, they have evolved a lot from 2016. They started with a shorter format and a lot of how to videos. Now in 2020, they have a weekly show that runs 22 to 27 minutes long and is released every Sunday at 7:00pm (CST). They have grown the channel to over 240,000 subscribers with seven seasons to date. For me, the most amazing thing they have accomplished is the community they’ve built with
the KYD Insiders.

The KYD Insiders are a private Facebook group you get access to when you become a KYD Patreon. If you’ve ever asked a newbie question in a Facebook RV group, you might be familiar with some of the scolding and hostility you can encounter. The KYD Insiders are different, a lot different. It’s one of the best groups I’ve seen, with none of the hostility when asking a question or sharing a mistake. I personally believe it’s one of the great byproducts of having a Patreon account, as people act different when they are paying to see extra content or supporting a channel.

The KYD community is where it’s at for Marc & Tricia. They share and get amazing feedback as well as hearing about the members’ lives and experiences. They have met and hosted small meetups and love being connected with their community.

Like so many travel content creators, Keep Your Daydream runs a few months behind from the time they documented the trip, to the time it’s released on YouTube. I am learning that if you are interested in creating content, this is actually a really smart way of doing it. You have time to edit at a pace that isn’t rushed and it allows you to have some time off from filming. This allows them to have quality time with their kids without the series taking over their lives.

They work hard to make sure the videos are exciting for both the family as a whole, and the community. Filming the series can be difficult and requires a lot of brain power to plan the videos. They still want to have an authentic experience while trying to figure out what to include.

Being open also allows the community to direct where the channel content goes. When the community started asking questions about Class C motorhomes, they decided to take trips that included renting a Class C in New Zealand. They sold their first travel trailer and purchased a larger one. Then sold that one and purchased a new truck and fifth wheel toy hauler so they could understand and answer a lot of the questions that were coming in about these different types of RVs.

Marc was also very transparent that having a channel was a good tool to make sure they get out and actually experience things. While in Florida, for example, they made an effort to get out and do more than just spend three weeks on a beach. They made a point to go out and do activities they normally wouldn’t do.

Not everyone owns a business or has a remote job. People have careers that are landlocked, like a teacher or police officer, but Keep Your Daydream believes there’s still a way to carve out time for long weekends and summers to make memories. They want their community to understand, even if it’s in a trailer too small to haul your family around in, you’ll laugh at the mistakes you make and realize how much you’ve learned. You’ll be ready for when you retire and know what type of RV you want, know where you want to go, and have a lot of practice in the lifestyle.

Special thanks to Battle Born Batteries for the epic drone photo. 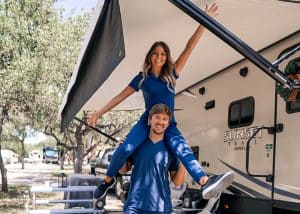 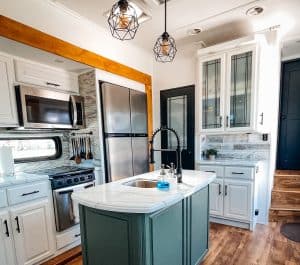 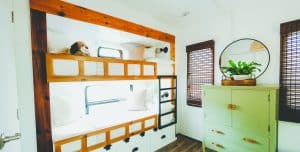 Be the First to Know

Join our email list and get rv tips, advice, recipes, and more from our community of digital nomads.

Menu
© Rootless Living Magazine. All right reserved. |  Sitemap
We use cookies on our website to give you the most relevant experience by remembering your preferences and repeat visits. By clicking “Accept All”, you consent to the use of ALL the cookies. However, you may visit "Cookie Settings" to provide a controlled consent.
Cookie SettingsAccept All
Manage consent

This website uses cookies to improve your experience while you navigate through the website. Out of these, the cookies that are categorized as necessary are stored on your browser as they are essential for the working of basic functionalities of the website. We also use third-party cookies that help us analyze and understand how you use this website. These cookies will be stored in your browser only with your consent. You also have the option to opt-out of these cookies. But opting out of some of these cookies may affect your browsing experience.
Necessary Always Enabled
Necessary cookies are absolutely essential for the website to function properly. These cookies ensure basic functionalities and security features of the website, anonymously.
Functional
Functional cookies help to perform certain functionalities like sharing the content of the website on social media platforms, collect feedbacks, and other third-party features.
Performance
Performance cookies are used to understand and analyze the key performance indexes of the website which helps in delivering a better user experience for the visitors.
Analytics
Analytical cookies are used to understand how visitors interact with the website. These cookies help provide information on metrics the number of visitors, bounce rate, traffic source, etc.
Advertisement
Advertisement cookies are used to provide visitors with relevant ads and marketing campaigns. These cookies track visitors across websites and collect information to provide customized ads.
Others
Other uncategorized cookies are those that are being analyzed and have not been classified into a category as yet.
SAVE & ACCEPT 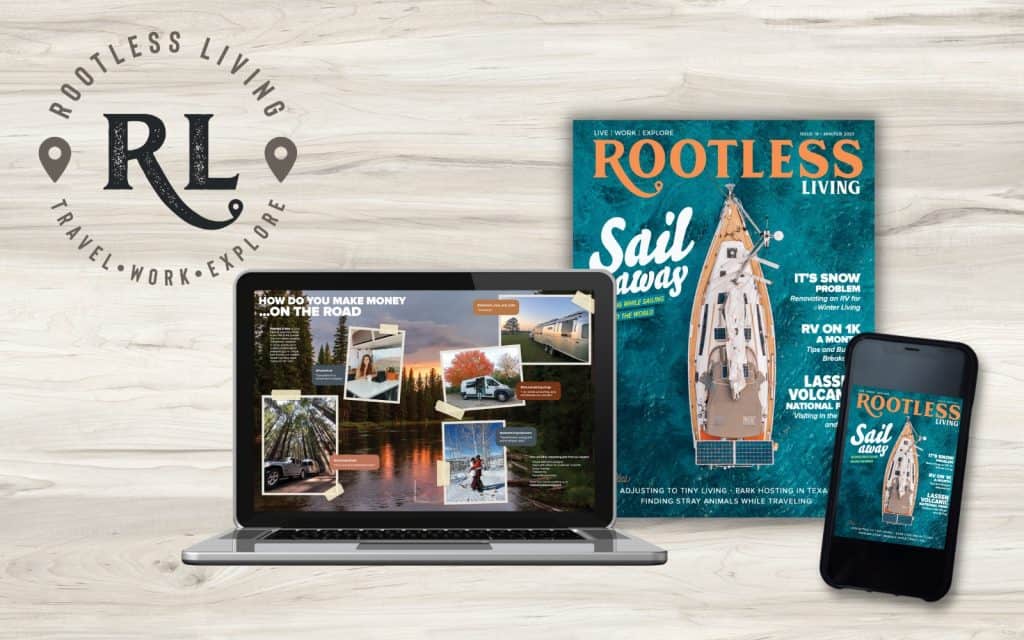 READ FOR LESS THAN $1/MONTH

Digital nomad and van life inspiration abounds in the pages of Rootless Living magazine. Read on the web, in the app, or print.